Every mountaineer has its own mission. For the pursuation of life goals, hundreds of mountaineers reached Skardu and headed towards the world’s second-highest mountain.

What Stefi Said about Himalayan mountains: Death and pain are cards in the deck we play within the Himalayas.

Sajid Sadpara summitted K2 twice and he is stepping again for the third time. The mountaineering community showed a lot of affection when the news of the Sajid K2 expedition burst out in the media.

Another lion-hearted woman Jill Wheatley pursuing her project of ‘Vision 8000’. After the life-threatening accident during her first expedition, she challenged her capabilities. To date, she conquered four 8000ers. Wheatley will be going for K2, Nanga Parbat, and Broad Peak this summer. 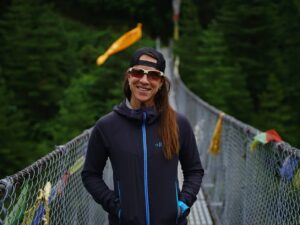 Wajid Nagri along with Jill Wheatley left for K2 expedition 2022. He was rescued last winter from Nanga Parbat due to bad weather. A very strong and brave-hearted mountaineer from Pakistan.

Wasfia Nazreen from Bangladesh arrived at Skardu for K2 expedition 2022. She is the first Bangladeshi to complete seven summit. National Geography also recongnized her as one of the adventurers of 2014/2015. 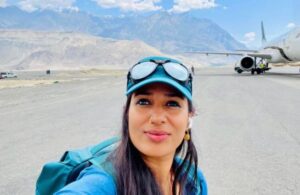 Mingma G is back to K2 basecamp again. Mingna G stated in an interview that Sherpas will be leading the rope fixing team. Sherpas have reached Skardu and left for basecamp by June 20, 2022.

Team aiming K2 this summer are out there at basecamp. They all acclimatized themselves well. Few team are going for their first rotation on July 7, 2022.

The first summit of K2 done by five members of Sherpas rope fixing team on July 21, 2022.

The five members of rope fixing Sherpas who summits K2 are:

Many other climbers are at C4 to get a good window.

Shareef Sadpara lost his life during summer expedition 2022. Shareef Sadpara is reportedly fallen near the summit ridge of Broad Peak towards the Chinese side. This point is the most technical point while summitting Broad Peak. Other members of his team also aborted summit plan.

Benjamin Vedrines did a New world record from Base camp to the Mount Briad peak summit of Broad Peak in 7 hours. This is the first time ever on 8000M done by Benjamin. He came back from summit by Paragliding.

This year, the list of summiteers of Broad Peak are:

Pakistani mountaineering sensations Fazal Ali (Hunza Shimshal) and Shehroze kashif (Lahore) summits Nanga Parbat. While their way back to basecamp, stucked above 7300+ meters due to bad weather. Both spend a night in open sky and started decending on next day, but unfortunately unable to wayback to basecamp.

They remained above 7000 meters for more than 50 hours. Due to bad weather, authorities unable to perform rescue operation on Nanga Parbat.

Finally, the lion-heart team consists of these two decend back to camp-2 on their own. They have been lifted by heli from C-1. The Killer-Mountain failed to beat these two iron men.